By tellmystoryJuly 20, 2020About Us, Lutz Documentary, Other

Pt. 2 from Behind the Scenes Stories from making Carl Lutz: Dangerous Diplomacy

It feels good to finish a project, doesn’t it? Especially one you’ve worked on for a long time. This spring, we at New Destiny Films and Visual Legacy Productions celebrated the release of the documentary we’d worked on for about two decades— Carl Lutz: Dangerous Diplomacy. You can watch the trailer here to discover how this courageous man used his position to save tens of thousands of Jewish lives in the face of Nazi extermination during WWII. 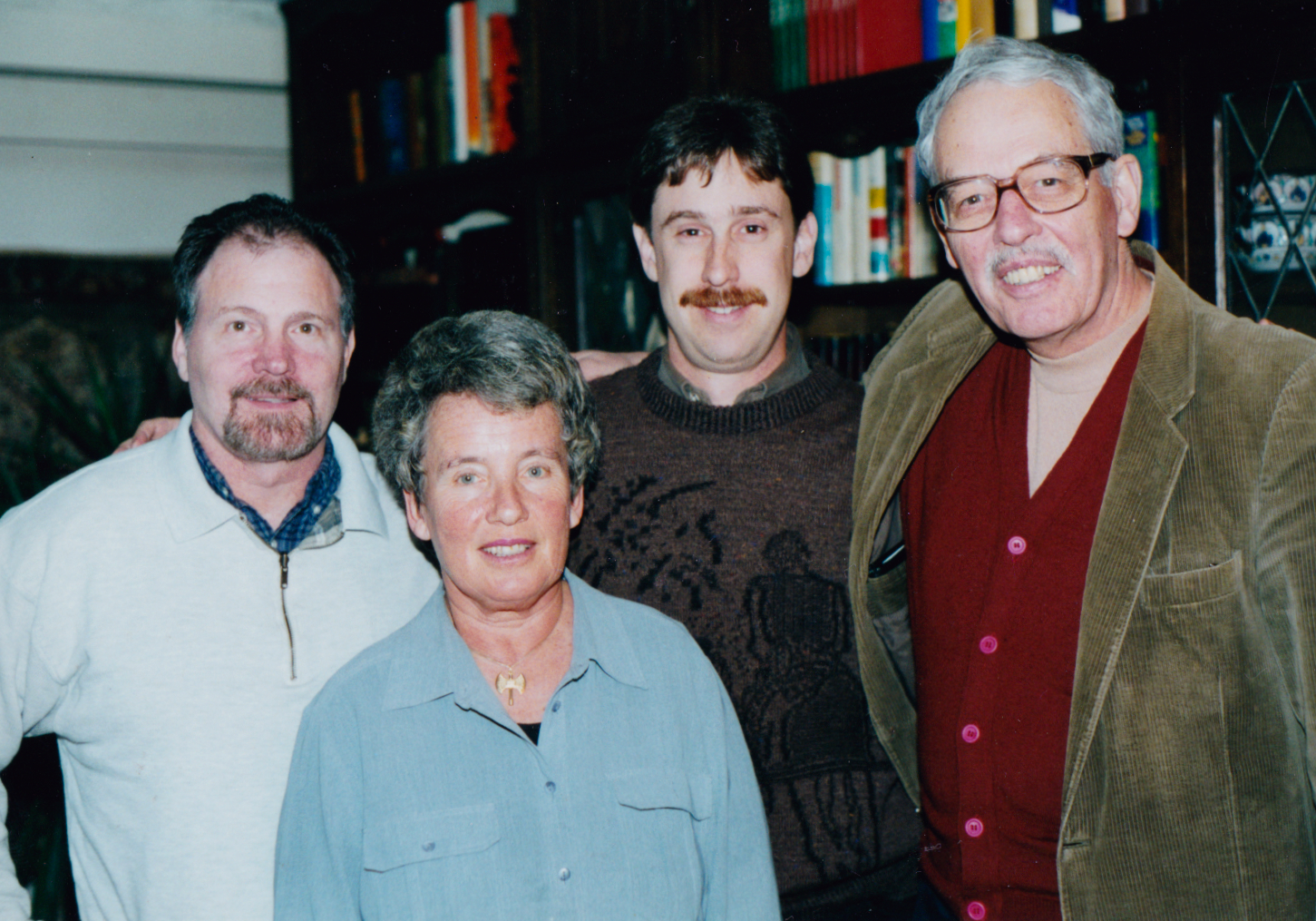 Mike and Bryan with Agnes Hirschi and Theo Tschuy.

Co-Producers/Directors Mike Moehring and Bryan Boorujy knew they needed two things to make the documentary with the quality Lutz’ story deserved: people who knew the story and resources to get it accomplished. The following quotes are from a recent conversation with the production team about the process starting the documentary.

Mike and Bryan would soon discover that while many were eager to help share the story of Carl Lutz, there would ensue a long line of set-backs.

Bryan: We just kind of jumped in. Once we met with Theo Tschuy, the guy who was the main biographer, and [w]hen we met Agnes Hirschi, Carl Lutz’ step-daughter, they were all excited about us telling the story…. We used every source we could find. And a lot of it came through the interviews that we shot. 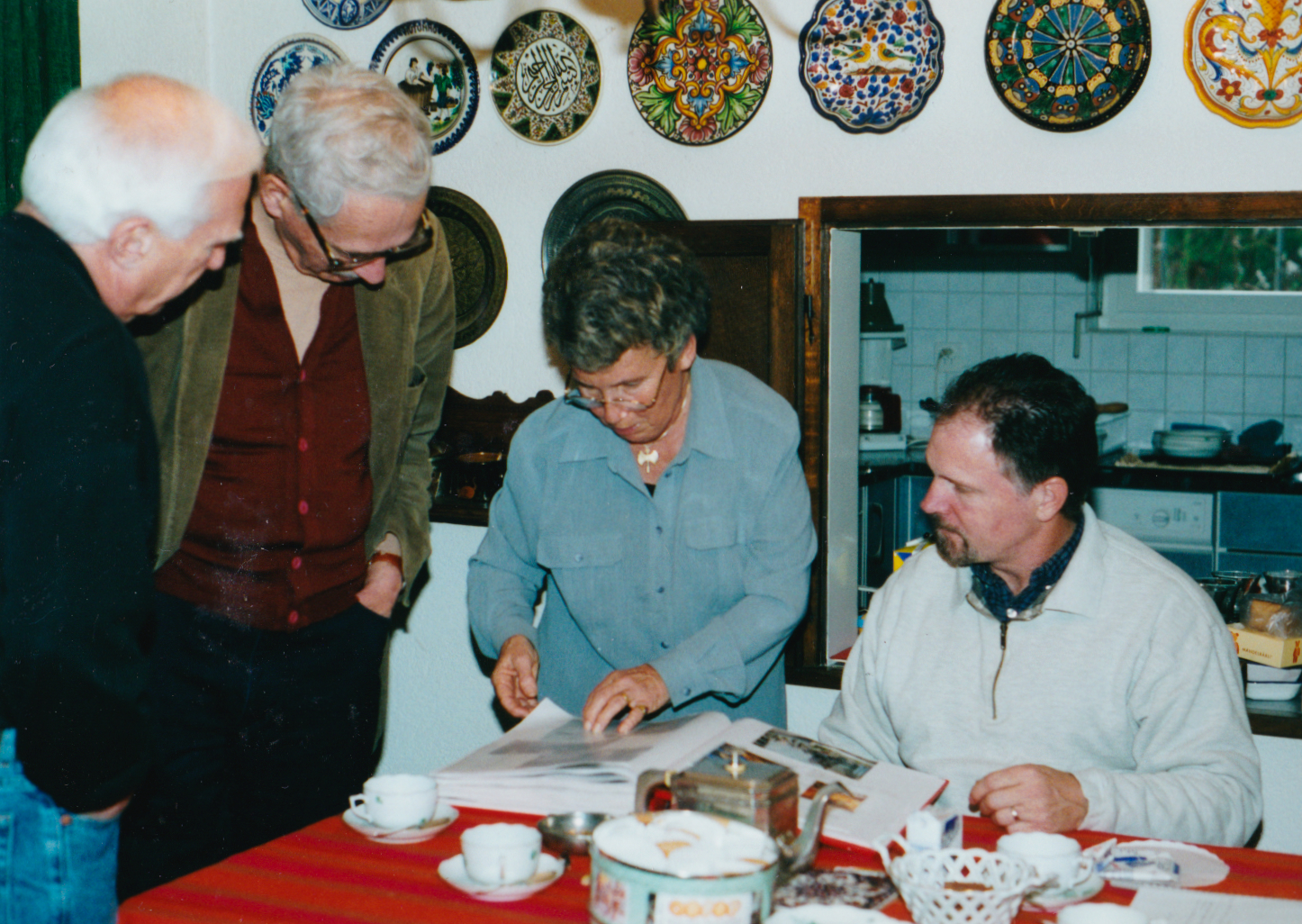 Ben, Theo, Agnes, and Mike look through a photograph album.

The team would make two trips to Europe during the process. The first trip was in the winter of 1999. Joining Mike and Bryan was Ben Nachman, a Survivors of the Shoah interviewer who Mike had worked extensively with in America. The trio lugged bulky video equipment across snowy Switzerland to meet with several interviewees including: Agnes Hirschi, Enrico Mandel-Mantello, and Theo Tschuy. From these interviews, they garnered a large part of research and key interviews.

Eighteen months passed before they made a second trip in 2000. This time it was summer and writer Chris Easterly travelled with Mike and Bryan. In Switzerland, they filmed the grassy slopes and quaint villages of Lutz’ home and in the capital, Bern, they were able to interview Harald Feller, one of Lutz’ contemporary diplomats. They also travelled to Budapest, where they filmed testimonies of several people who were saved by Lutz. 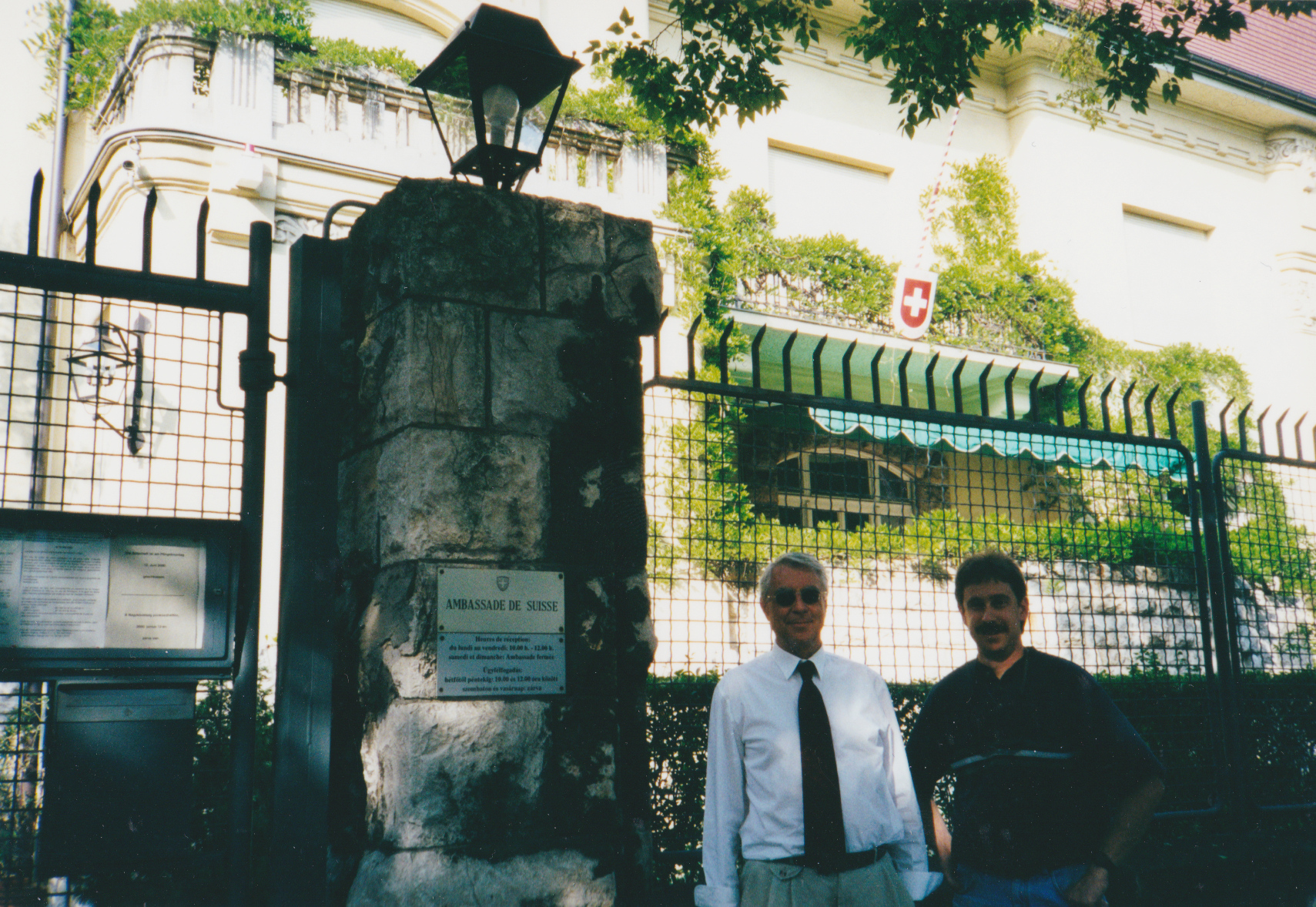 Bryan stands with the Swiss Ambassador to Hungary at the Swiss Embassy in Budapest.

In 2002, the team finished their primary interviews with Holocaust expert Randolph Braham and former US diplomat Jock Shirley, who actually spent time with Carl Lutz in Budapest during the war.

Bryan: We’ve met a lot of interesting people along the way and that’s one of my favorite things about this whole project. On all the trips we’ve met some amazing people.

While people learning about the project seemed excited and willing to help, obstacles to the project quickly became apparent.

Bryan: Part of the problem was we had high hopes of getting a famous person to do the narration, which takes money. We had high hopes of an original score being written for the soundtrack. Plus, a lot of the stock footage we needed cost money. So, it [was] like, “well, we really can’t finish it without money.”

Bryan: Mike, how many times did we hear, “Man, this is a great project. You should have no problem getting funding!”

Mike: Oh yeah! You know, we had a lot of people–a lot of what we thought were green lights for funding. Seemed like a lot of people were very interested. But that vanished the closer we got to the individual, or corporation, or company signing the actual check. So that was disheartening.

Two different co-production agreements were made in hopes that it would provide the necessary funding, but in the end that never materialized. 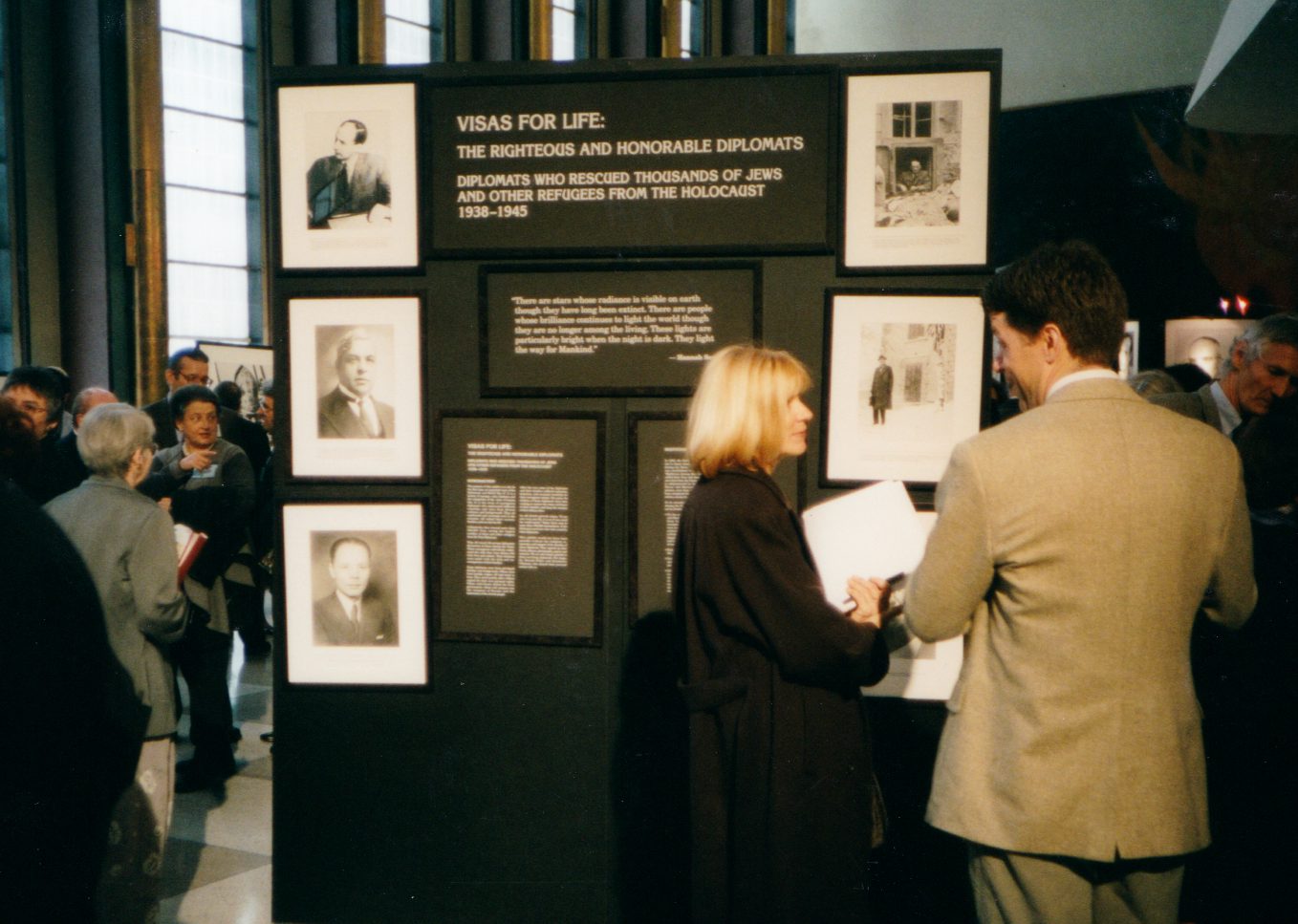 The limited funding that the documentary did acquire was used well. Because of private donors, they were able to pay for a script. An airline generously donated some of the tickets for travels abroad. Free or reduced priced hotel rooms freed up funds to rent higher quality filming gear on the second trip to Europe. Trading services and a host of volunteers would make the reenactments possible.

Mike: There’s only a certain amount you can do with the limited amount of resources and …we wanted this to be done in the right way. And in a good way! It just took time to do all of that. A very long time.

Funding was just the beginning. Time was another issue. Both producers were busy working “real” jobs in order to provide for their families, so the thought of working a second job to complete the documentary was daunting.

The journey toward completing the documentary kept getting side-tracked. “How are we going to get this done?” they wondered. In between working day-jobs, raising families, personal trials, and funding that never seemed to pull through, these filmmakers were in danger of losing their dream and the legacy of Carl Lutz was at risk of being lost to time. Yet, while completion didn’t occur when they’d originally hoped, it would come. In 2015 they reached the decision to finish the documentary whether another penny came in or not.

(Continue to Part 3 ”How to Finish a Documentary” to learn the rest of our story.)