Every event in history carries with it a library of stories. Some end up in history books, but most of the details that impacted the world are only ever known to a few. Like threads in a tapestry, each person influences those around them and makes up the whole design. Even tiny details carry great importance. The story of “Mr. Truman’s Piano” is one of those threads. 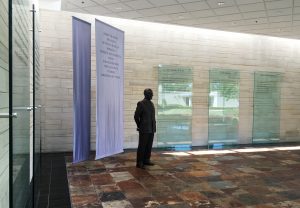 I was recently able to visit the Harry S. Truman Library and Museum in Independence, MO. While passing through the gallery dedicated to the recognition of the state of Israel, I was captivated by a display of a tiny piano figurine. Truman had guided the United States through World War II and had been dealing with a tumultuous post-war economy and political world. 1948 was election year, and Truman was way behind in all the predictions. Americans were divided on recognizing Israel, so this issue added to the list of topics threatening his re-election. In spite of opposition, Truman chose to support the formation of this homeland for the Jews who had been so effected by the Holocaust.

Years later, in 1961, the former president read a letter from Mrs. Brown, a Hungarian immigrant who survived the Holocaust. With the letter was a small silver piano. Brown recounted how she, her husband, and her son were arrested by the Nazis and “the only thing I was able to salvage was one small ornamental piano. I carried it with me constantly as a remembrance of a happier time.” While her husband and son were sent to a concentration camp, Brown ended up in hiding throughout Budapest along with other Jews, young and old. During that uncertain time, she explained, “We felt that the whole world had abandoned us to our terrible fate.”

A Source of Hope 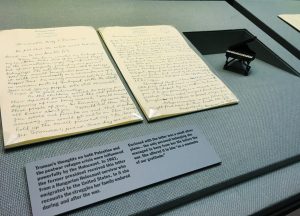 Yet, the little piano became a source of hope. The Jews in hiding knew of Truman and America’s involvement in the war.

“I would tell them that you would not forsake us and, that somehow, someway, you would get aid to us. Then I would hold up the small piano and say, ‘See, here is Mr. Truman’s piano. Someday we are all going to America and he will play the piano for us!’”

The dream of a new life in America and the promise of freedom kept them going for many months. Thankfully, their hopes were not in vain. The war ended and Mrs. Brown’s husband and son were freed by Americans. The family immigrated to New York where they were able to begin again with their own beautiful farm. 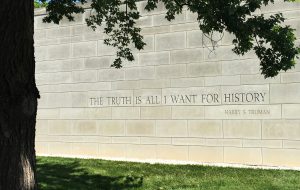 “Throughout the years I have held on to the little piano that had meant so much to me and the Jews in Budapest,” Brown wrote. Now she gave that precious possession, her only link to a previous life, to the man who had not only set them free, but given them a home. When Mrs. Brown saved her one possession, she could not have realized how important that little piano would become. Truman surely understood that his decisions affected many, but he had not known how closely his life was woven to Mrs. Brown and the other Jews of Budapest. The story of “Mr. Truman’s Piano” reminds me how the littlest details can make an impact greater than we can see.