By tellmystoryJune 10, 2020About Us, Lutz Documentary

Pt. 1 of Behind the Scenes Stories from making Carl Lutz: Dangerous Diplomacy 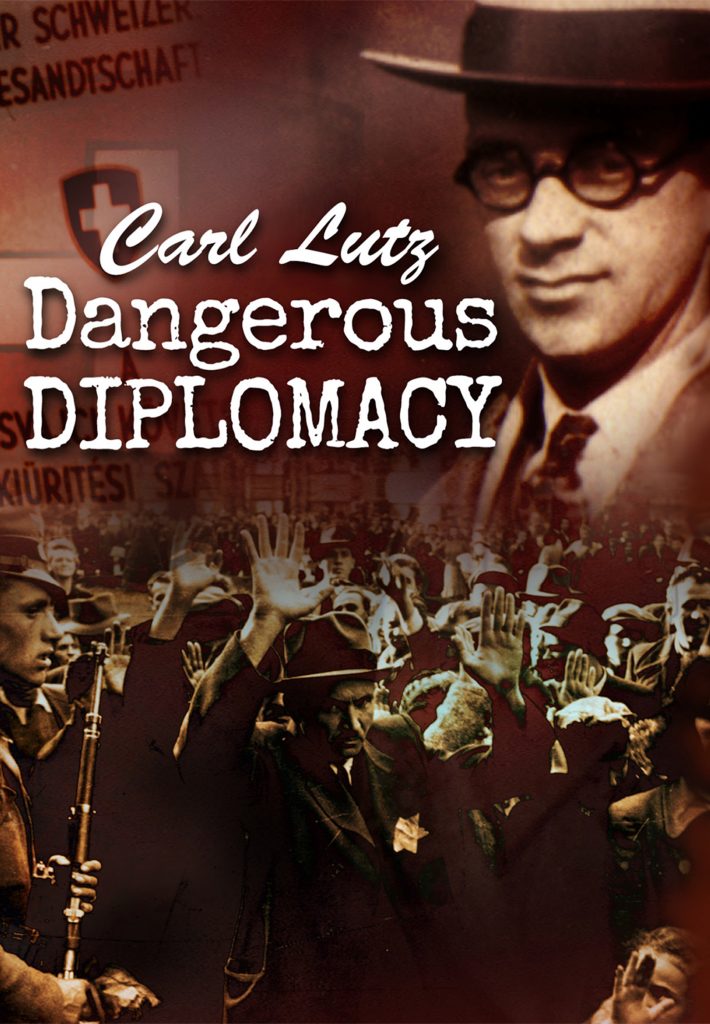 This spring, New Destiny Films and Visual Legacy Productions celebrated the release of the documentary Carl Lutz: Dangerous Diplomacy with our partners and the many people who supported it’s making over the last two decades. It’s an inspiring story of how one courageous man used his position to save tens of thousands of Jewish lives in the face of Nazi extermination during WWII. However, this hero has remained hidden from history. Most people have never even heard his name.

I was a little kid in the 1990s when my father, Bryan Boorujy, and his friend Mike Moehring began working on the documentary. While production ebbed and flowed over the following years (see Pt. 2, “Starting a Documentary”), I became quite familiar with the gist of Lutz’ story. Then as an adult, working with Visual Legacy Productions, I joined the team effort in finishing up reenactments, editing, and graphics. All this time spent with the documentary and yet when we gathered together on a video call to discuss the Behind the Scenes stories, I realized I didn’t know how our connection to Lutz’ story had begun.

Therefore, I started by asking, “How did you first hear about Lutz’ story? And what actually inspired you to write and make this documentary?”

Mike: Working with the Survivors of the Shoah Foundation years ago, which was a Steven Spielberg event to document as many holocaust survivors as possible, I did over 60 of them here in the Midwest/Omaha area. I actually started hearing stories of other diplomats first that were doing things that were protecting, saving, hiding Jews from going off to Auschwitz and other places. 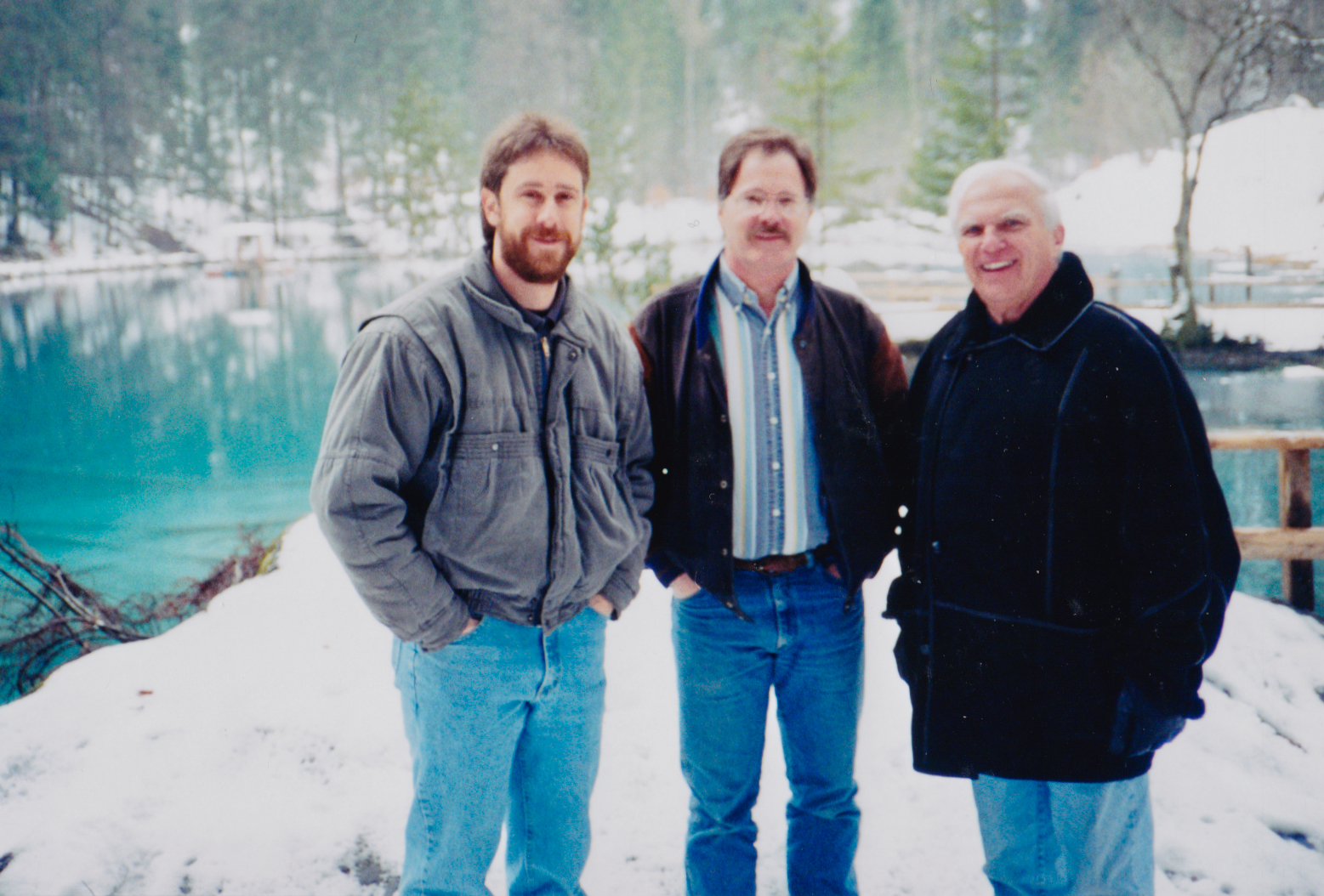 Bryan Boorujy and Mike Moehring stand with Shoah interviewer Ben Nachman, by a lake in Switzerland.

Over in Colorado, Bryan also filmed Shoah interviews.  The two friends shared with each other the stories they were hearing. Among the diplomats they learned about were Chiune Sugihara from Japan and Sousa Mendes from Portugal, who also saved thousands by issuing visas.

Bryan: We loved the idea of people who used their positions to do something good and something heroic. So to hear these kind of stories was amazing.

Mike: We kept sharing ideas and sharing stories, and I came across an individual that had been protected by Carl Lutz. From there I noticed there were stories being done of these other diplomats already… but nobody was doing Carl Lutz. And finding out that nobody else was really doing anything on it, I thought, “This story is really very good. [A] very, very compelling story and it needs to be told.” Fortunately, Bryan agreed with me and we jumped on it!

Swiss diplomat Carl Lutz had just as great if not a greater impact and yet no one was doing anything about his story. Mike and Bryan eagerly began the process of building connections and finding sources.

From a Writer’s Perspective

In those early days, the screenwriter they’d been using got a new day job and could no longer help with the documentary. That’s when a mutual friend introduced them to a young writer, Chris. He was an assistant to the writing team for the TV show Touched by an Angel and had written a feature screenplay about a World War II pilot. While that story went nowhere, it opened the door to this new opportunity. 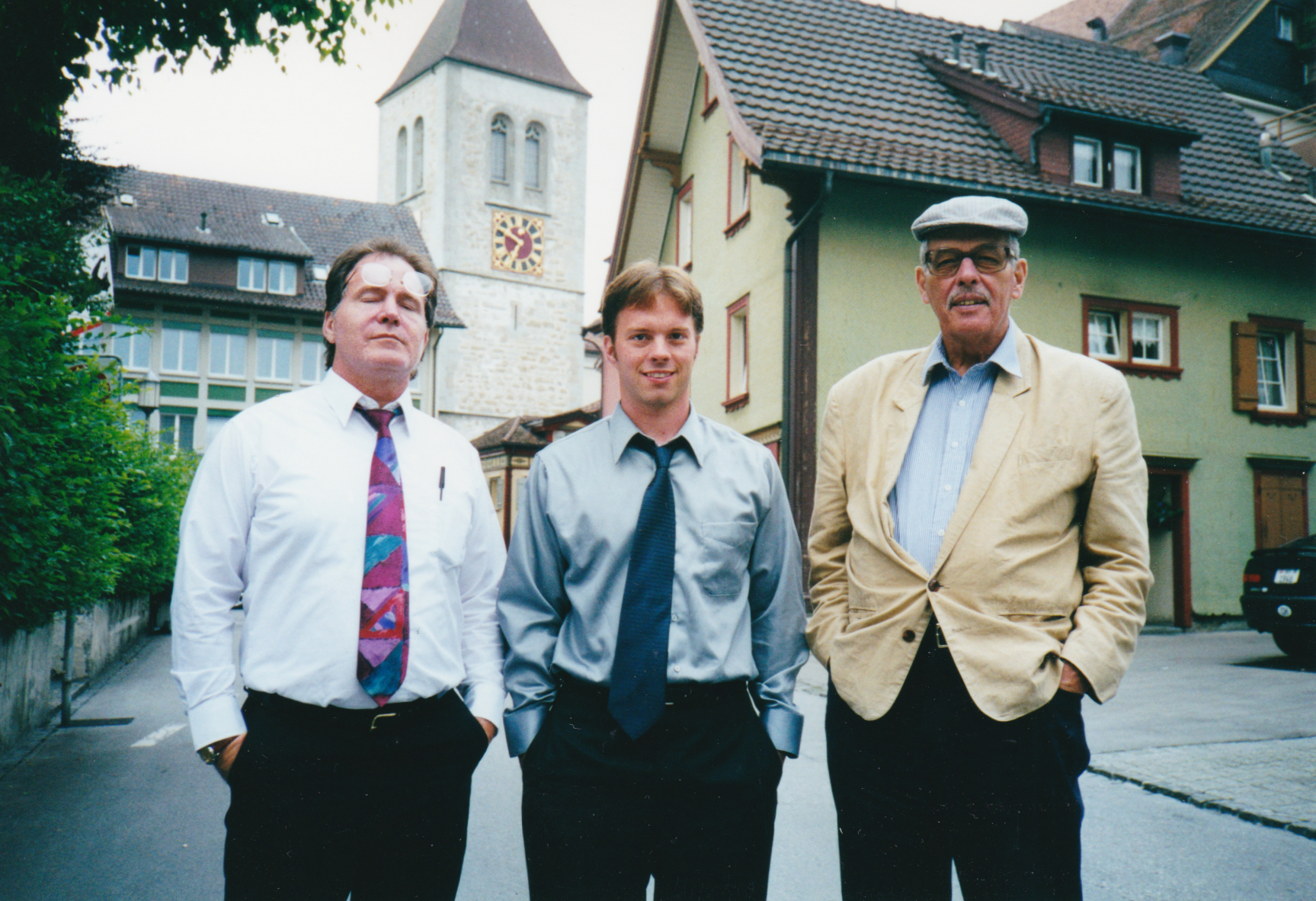 Bryan: So why did you do it, Chris, other than you needed the money?

Chris: Um, I needed the money…[laughs] no! When you sent it to me—I just love storytelling whether it’s a film, tv, books, blogs, you know. And so, when you come across a great story, it’s like a gift. You just sent me the material, I think it was Theo’s book1, and I read it. It just kind of blew me away. This has all the elements of a great documentary. It’s got heroes and villains, sacrifice, and it was true.

I was in my 20s then and so I knew about the holocaust but, beyond through textbooks in high school and that kind of thing, I had seen Schindler’s List. That was kind of the extent of it! So reading Theo’s book and the material you all presented me was kind of my entry into learning about the holocaust; how horrible it was, but also it was a cool way to learn about it because it was through the lens of Carl Lutz, this guy who did these amazing things. So, there were terrible things happening, but you realize too that the best of humanity would come out.

Discovering the hidden hero of Carl Lutz resonated in these storytellers in a way that would fuel their drive to finish this documentary in spite of many setbacks and delays. Lutz’ story needed to be told; not only because he deserved honor and recognition, not only because thousands of people who are alive today can trace their heritage to someone he saved, but because Lutz’ story reminds us that each person has the ability to use what they have to do what is right and impact history.