What is Video in a World of Modern Technology?

Video. To many Millennials this term was synonymous with watching Disney movies on a VHS player. What is the difference between video, film, movies and such? Frankly, people from any generation can find these terms confusing, especially with the rapid development of technology in the media world.

Watching visual images began with film. While these plastic-like strips were first invented for taking still photos, film developed into large rolls capable of shooting a moving picture. Here we have the origin of the term “movie”. Movie is defined as a story or event recorded by a camera and shown on a screen. With the advance of digital technology, filming films with film is less common. So if films can be made without film, what makes it any different from a 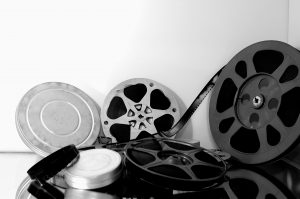 movie? “Film” still remains a term for the art of making movies and as a verb for capturing moving images. Some people use “film” as a more sophisticated expression of motion pictures or to reference pieces that are more artful like foreign or independent films. “Movie,” on the other hand, is often used to refer to more general productions and popular movies. 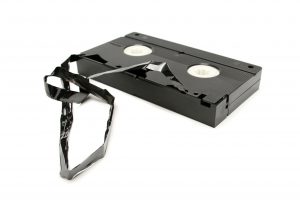 With such slight nuances, deciding if you are watching a “film” or a “movie” is still a contested issue depending on who you talk to, but what about “video”? The Merriam-Webster Dictionary defines video as “a movie, television show, event, etc., that has been recorded…so that it can be watched on a…screen.” The origin of the word is from the Latin vedere meaning “to see,” but is is also from the word “audio.” Combining the visual and auditory capability, we can see why the term “video” was coined. Yet, when “video” was first used in the 1930’s, it was used to describe the visual and not auditory channel.1 Today, video still describes the visual track, though in general we use the word to describe a movie combining sight and sound. Videotaping is the process of recording a movie, but video cameras were different from regular movie cameras because they did not record on film processed chemically, but were electronic. Videotape was a magnetic strip that has since been replaced with digital technology. 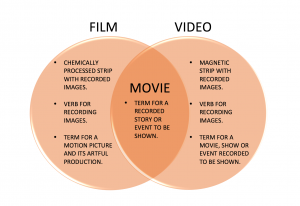 Most people growing up when film was the medium for recording movies did not have the luxury of a home theater. They would go to the cinema to watch films and a show on their television set. Watching videos on cassette tapes, or the popular VHS, became common household entertainment in the 1970’s. Tapes were the technology of the time, so the recording format was often considered equivalent to video. Then came the digital age and DVDs. Soon after, technology could handle streaming and downloading. Suddenly, it occurred to a Millennial like me, that the term video did not go out with the VHS. It was always a term for the product and not the medium. Maybe I’m the only one, but with all the overlapping of terms, it’s a relief not to have to worry about using the right word when filming a video on my iphone.