By tellmystoryOctober 27, 2017Documentary Review, Informative, Other

We came across this documentary because it was made by the same producers as Food, Inc. Knowing the creators, we figured that this documentary challenged society as we know it, but honestly had no idea what it was about. Even reading the back didn’t really give clues as to the content. We figured we’d give it a chance. 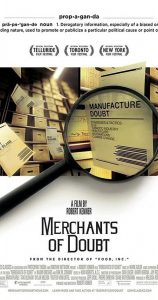 Immediately, we were impressed with the graphics that were used and the quality of production. The abundant use of archival footage really brought the past to life and placed the viewer into the setting. While several topics were discussed, they did a good job of not only jumping back and forth as the storyline progressed, but subtly tying it back to the origin.

Speaking of content, what was Merchants of Doubt actually about? This documentary tackled several big industries and how they deceived and manipulated the public for their own benefit. The big three discussed were tobacco, flame retardants, and finally, climate change. While the producer’s bias is clearly evident, they included some interviews with several opponents…even if it was to place them in a discrediting light. I was honestly amazed at how many interviews they were able to acquire since their opposition should have known who they were.

Suffice it to say that we watched the entire film. I tend to be a cynic and think both sides of the argument can be politically influenced rather than purely scientific. However, while I may not have agreed with everything they did and said, or how they presented the information, it was engaging and enjoyable to watch.

City in the Sky

We love shows that allow us to learn. From History to Science, a well-told story answers questions about topics you may not have even considered. Even if you are not thrilled by planes, airports and the process are something most of us have experienced. This three-part series carries you off to thoroughly explore how the commercial airline industry functions! 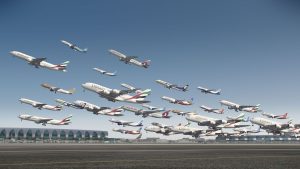 PBS and BBC combine their powers to bring viewers like you on a behind the scenes tour of the many aspects of the aviation world. As each episode focuses on a part of the journey, excellent graphics enlighten your understanding of details and statistics. The creators travelled across the globe to show how the industry copes with extremes and talk to people in charge of some of the best procedures and newest innovations. Some of the topics you might expect: transporting baggage, plane maintenance, and control towers. You will also discover unseen, but essential, jobs that keep us flying on time and without incident. The high-quality production and scope of the story leave you with more appreciation and perspective than you may have expected.

You may wonder why this is a “documentary that challenges.” The aviation industry has always faced obstacles from the day man looked into the sky and wanted until fly till now. But the City in the Sky doesn’t wade through the history of flight. Instead, it shows how we function as the global network we know today. It shows how we tackle the immense numbers of cargo and passengers, navigate the bustling highways of the sky, and continue improving for the future. The sky is a city many of us have journeyed through, and thanks to the diligent work of so many, we will continue to visit again and again.

While searching for documentaries on Netflix, Babies Behind Bars stood out to me from all the other films about prisons. Instead of dealing with hardened criminals and the penal system, this promised to show the struggles of motherhood in an unfriendly environment. I admit I had never thought about the issue of women being sent to prison while pregnant and had no idea what would happen to the babies born there.

Babies Behind Bars seems like it was created on a lower budget than the other two documentaries in this blog. You can tell it was originally made for television because of the built-in cuts for commercial breaks and reprisals of the story. The workers, but especially the inmates, were open about what they saw and felt. This made for a raw and enlightening portrayal of what motherhood behind bars is like. 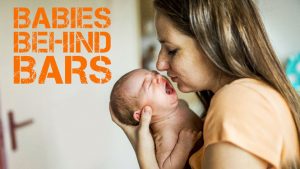 Made in 2011, the filmmakers explored the pioneering program to keep infants with their incarcerated mothers called Wee Ones. Prisoners who met certain requirements had the opportunity to stay with their babies in a special dorm instead of having to give them up just 24 hours after birth. The program had only been around a few years at the time of filming and the jury was still out on whether the prisoners who participated achieved lower recidivism rates (the tendency of a convicted criminal to reoffend) and if their children fared better in society. I was able to find an article from just a month ago claiming that women who went through the Wee Ones program do indeed have lower recidivism results: 18% compared to 35%.

This documentary had a lot to do with change. First, this women’s prison in Indiana is the only place where this program has been allowed. A couple people mention in the film that it had been a struggle to get the Wee Ones program approved. Proponents of Wee Ones hope to see the good results bring change to more women’s prisons, but of course the biggest change hoped for in this documentary is the transformation of convicted criminals to healthy mothers and members of society.

2013 Study of Wee Ones: https://www.uindy.edu/documents/Assessing_Outcomes_for_Wee_Ones_Nursery_at_Indiana_Womens_Prison.pdf