It’s easy to take time for granted. We probably don’t think much about time measurements unless we are running late, studying for a history exam, crossing a time zone, or counting down to the new year. Time may govern our lives, but its measurement has looked different throughout history and cultures. Below are highlights of six popular calendars. 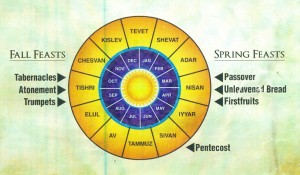 One of the earliest calendars, the Jewish calendar, begins counting years from the time of creation. This calendar uses lunar months and solar years. Lunar months are either 29 or 30 days, but 12.4 of these months fit into the solar year. To compensate for the shift, the Jewish calendar occasionally adds a 13th month causing the month of Nisan to jump forward and backward. These calculations standardize the lengths and cycles in order to keep the lunar and solar calendars aligned. [Image from http://www.thegloriousgospel.ca/jewish-calendar/] 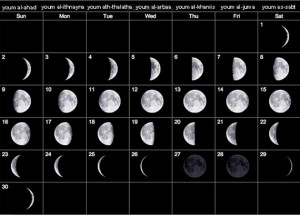 The Islamic calendar is based entirely on the lunar calendar and is therefore consistently 11 days shorter than the solar year. The shorter year causes the months to drift through the seasons as years pass. This isn’t a problem because the months are not meant to correlate with the seasons, but to mark out time. Although calendars are printed for civil purposes, the official month begins when the crescent moon is actually sighted. [Image from http://www.familyholiday.net/the-islamic-lunar-calendar-muslim-calendar-or-hijri-calendar-and-gregorian-calendar/]

This calendar can be traced back to 2637 BC and is both lunar and solar. Like the Jewish calendar, the Chinese calendar has 12 months plus a 13th month du 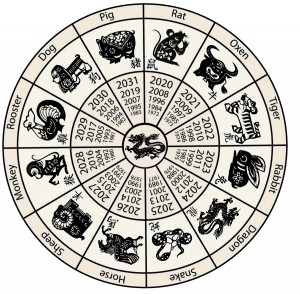 ring leap years. The lunar months correlate with Principal Terms in which the sun’s longitude is measured. Principal Term 11 must fall in the 11th month, so if there are too many new moons that year, the 13th month is added. Instead of counting off years in sequence, they are counted in 60-year cycles. These years are named after two components: celestial and terrestrial. The animals we’ve come to associate with the Chinese Zodiac come from here. [Image from http://maridethsisco.com/2015/01/04/3510/chinese-calendar/]

This calendar was invented in 1792 in an effort to make mathematically equal months of the year. The inventors included mathematicians and poets who chose philosophical and poetical names for the months. The year was divided into 12 months of 30 days. Instead of using weeks, each month was divided into three ten day periods with the tenth day, Decadi, as a day of 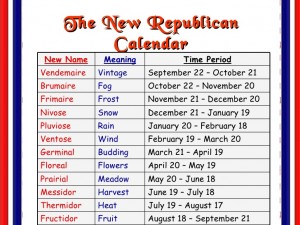 rest. You can imagine the cases of TGIFs while waiting for the weekend! The French Revolutionary calendar year began on the autumnal equinox and added 5 holidays and a leap year.  Regardless if it was the mathematical complexities or the unpopularly long work week, this calendar only lasted 14 years. [Image from http://www.slideshare.net/HollistonEuro/french-revolution-2-6880036] 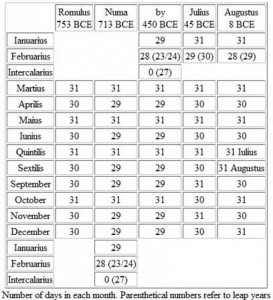 The calendar we use today is a progression from the ancient Roman calendar. First introduced around 573 BC by Romulus, the first king of Rome, this calendar had only 10 months consisting of 30-31 days. This left a gap of about 61 days until astronomers could mark out the new year. Later kings added two months and a leap month, and changed the sequence of days per month. But the leap years and measurements where so ambiguous that by the time Julius Caesar came to power, the harvest festival was being celebrated before planting had even started. Fun fact: Caesar Augustus did not want the month named after him to be shorter than the month renamed after Julius (Iulius). To keep the pattern somewhat intact, he stole a day from February and added it to August while shuffling the amounts of days in the surrounding months. [Image from http://www.stevemorse.org/juliancalendar/julian.htm]

The adjustments to the Julian calendar had brought it pretty close to fixing dates within the solar year. However, there was just enough extra time to add one day every 128 years. To get in step again, Pope Gregory made changes in 1582. Ten days were deleted and only century years divisible by 400 would be a leap year. All around the world, countries got in sync by skipping ahead days, but a third world-wide effect was in unifying the Number-Change day to January 1st. Before then, the new year was set at all sorts of different dates, much like we have a calendar year, fiscal year, and scholastic year 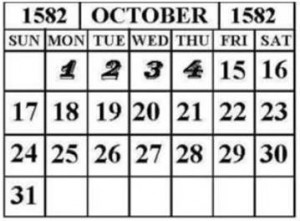 . But because these were all calendar years, it meant historical events could be dated with two different years! The Gregorian changes made a calendar that is not only nearly universal, but very accurate. The subtle discrepancies mean we won’t have to deal with an extra day until the year 4000. [Image from http://www.stevemorse.org/juliancalendar/julian.htm]